Apart from a house called Falcon Dale with a nearby service block, the current features do not show on the 1845 tithe map. The new layout was evidently conceived and executed as an entity. The earlier Falcon Dale was partly subsumed into the 1859 villa “New and spacious rooms and out-buildings surrounded the original house of Pant-y-Curyll (meaning valley of the sparrow hawk), anglicised into Falcondale for simplicity’s sake”, wrote Alice Harford.

It would be interesting to know the origins of the earlier property. One suggestion is that it was built for Richard Hart-Davies, who acquired the extensive Peterwell estates in 1812. His bankruptcy in 1819 passed them into the hands of the Harford family, among them his son-in-law J S Harford. The earlier Falcon Dale cannot have been significant; eminent personages engaged in discussing the establishment of St. David’s college in the early 1820s stayed at Derry Ormond, Highmead or even Abergwili rather than here in Lampeter.

The Italianate influence was perhaps deliberate; in 1850 Harford honeymooned in Italy, which was already familiar to his bride Mary von Bunsen, daughter of the Prussian ambassador to St James’s.

A second phase of building continued in the 1880s with the Model Home Farm, Maestir school, Maestir church and paired estate workers’ cottages, often hidden in woodland, were added to Harford’s growing list of ‘decent buildings’. Maestir school was moved (brick by brick) the Museum of Welsh Life in St Fagans near Cardiff. Located some 2 miles away from Falcondale, the school was originally called St Mary’s Board school. The school took the name from the church of St Mary’s; where the first school had been held until a new building was erected in 1880. Most of the families that lived near Maestir were in the employment of the Harford’s, and Sir Charles Harford built the school primarily for his workers’ children. 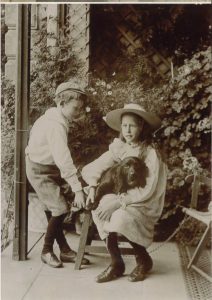 Falcondale occupies a low bluff overlooking the Nant Creuddyn half mile north west of Lampeter. Now a hotel, it was built in 1859, in “Italian villa style on an unusually large scale”, according to Cadw. It sits on a small apron of formal terracing and faces south east, contemplating the Creuddyn valley as it approaches Lampeter (St Peter’s church tower provides an eye catcher).

Horizons are limited in this part of Ceredigion – the contours are intimate rather than sublime – but the modest hills offer attractive backdrops, and controlled effects can be achieved on a small scale. To leave Lampeter along the A482 and see Falcondale framed across the valley makes a striking picture. The house looks mature and established in its landscaped setting.

The tithe map of 1845 shows the old house approached directly from the main road; today’s north and south drives were non-existent. The original turnpike was suitably screened with trees and provided an opportunity for building two lodges, a modest cottage ‘in simplified Gothic style’ marking the old drive.

The new approach from the north is signalled by a striking building – sometimes called “the cockerel lodge” – whose low-pitched roof and deep eaves echo those of Falcondale. The visitor is then plunged into a wooded valley beside the Creuddyn for a considerable distance, which could be justified by the steepness of the valley sides at this point. The length of the drive has the effect of heightening the sense of anticipation, which is prolonged as the route loops behind the pleasure grounds, between the walled garden and the stable block, before turning to reveal the prospect of the open valley; a further turn is necessary before you glimpse the house contemplating this view.

Another Italianate design (Pontfaen lodge) at the southern approach from Lampeter is now modified beyond recognition. The South (from Lampeter) is more overtly grand from the start – the size of the fields and the grouping of trees hints at parkland, while the leisurely curves of the drive across the rising contours prepares the gaze for the sight of the façade in all its splendour. The remnants of an avenue of red chestnuts still punctuate the ribbon development of bungalows along the lower reaches of the drive. 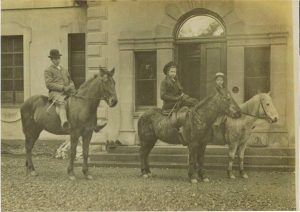 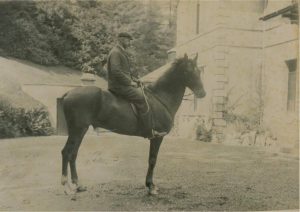 Falcondale’s relatively modest scale and the background of its creators, the Harford family, make it an interesting case study in mid Victorian needs and aspirations. A concern with the ‘picturesque’ might be expected from the Blaise castle family, with its associations with John Nash and the Reptons. But John Battersby Harford’s aims in rescuing the Peterwell estates from decades of absenteeism and neglect were improved management tinged with philanthropy.

After reading for the bar, J B Harford decided in the late 1840s to settle at Falcondale “and gradually to bring order out of the chaos into which the estate has sunk, and to provide decent houses and buildings for the tenants”. This was not simply good business; in 1854 he wrote “If Falcondale were like Blaise Castle and Lampeter like Henbury, I might sit down quietly to enjoy the annual accession to my capital of ‘many hundreds a year’; but this… is completely out of the questions as long as cottages remain to be built and schools to be encouraged”.

The presence of a main road through the valley did not seem to have deterred J B Harford’s landscaping schemes, but a railway line would have been too much. J C Harford is said to have gone to a great deal of effort and expenditure in the early 1900s to ensure that the Aberaeron branch line was routed to the north through Silian rather than through Falcondale lands, but this is a rumour that needs to be checked out. 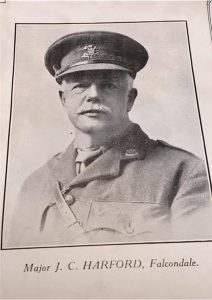 Much of Lampeter’s character is due to the improving ideas of the Harford family.

The pleasure grounds include many of the original walks, some ornamental rockwork in local quartz, an encaustic-floored shelter; a ‘shell house’ has now disappeared. Tucked into a North-facing slope is the icehouse. Other Victorian mod cons included a walled garden with glasshouses and frame yard.

The landscape we see was obviously designed for recreation and visual amenity in equal measure. The course of the Creuddyn was considerably altered – not least in the creation of Pond Wood, which was planned with many ornamental features. (Silting, strangling undergrowth and general neglect has now made this impenetrable). Maps of 1886 and 1887 show a pheasantry in Lodge Wood, as well as a ‘fishpond’ variously known as Falcondale Lake and Henfeddau Lake, with a boathouse.

Extensive woodland looks like plantation, but J B Harford enhanced this considerably, carefully using it to mould the terrain and adding shelterbelts, copses and strategically placed specimen trees.

Today the pleasure grounds have shrunk to smooth lawns and smart flowerbeds in the immediate vicinity of the house. A fine copper beech marks the start of the pleasure grounds at the south drive leading from Lampeter. Surviving Victorian conifers include a handful of varieties of Chamaecyparis lawsoniana in varying states of health, and Falcondale is one of only three gardens in the county to contain an incense cedar Calocedrus decurrens. Handsome fastigiated yews punctuate the lawns to the east of the house and a fine spreading bush of golden yew graces the lawn in front of the mansion. Birch, fothergilla, witch hazel and cornus are among the garden’s subtler plantings. A phalanx of colourful rhododendron cultivars helps to form a charming backdrop. 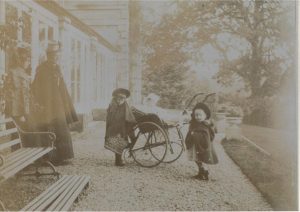 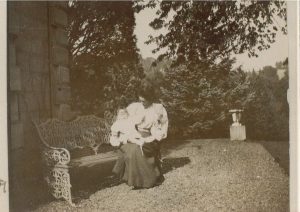 The Harford family enjoyed Falcondale for just under a century. The estate was sold, largely to tenants, in the early 1950s and the woodland timber was reaped for short-term profit. The mansion became an old people’s home for 20 years, under the ownership of the county council, before being turned into a hotel by the Smith family. Chris and Lisa Hutton bought the business in 2000 from the Smith family and have been here ever since making changes and improvements every year. 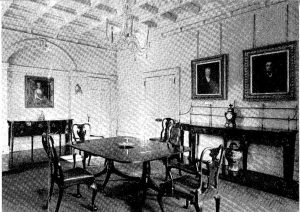 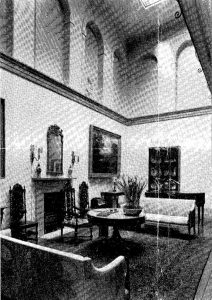 1819                 Bankruptcy of Richard Hart Davis: estate passes to John Scandrett Harford and his brother AG Harford-Battersby: “the Peterwells Estate, where Mr Hart Davis had done much judicious planting on the hill-sides”. 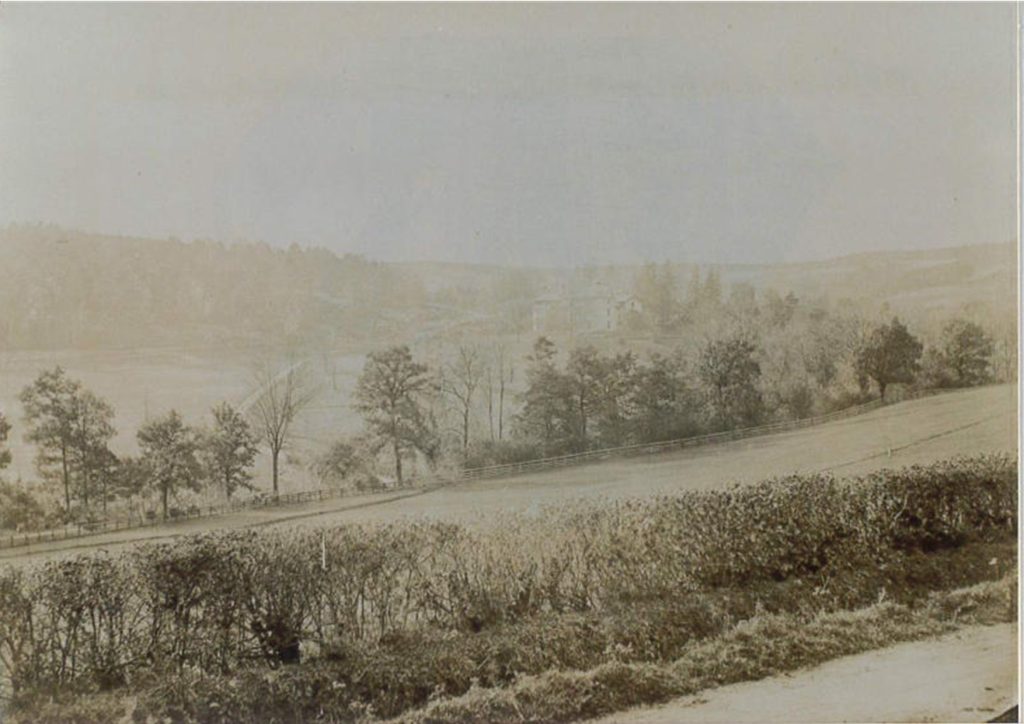 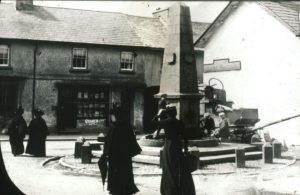 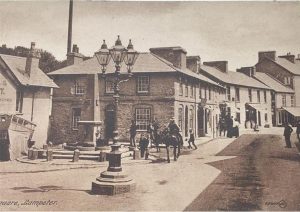